Temptation comes in different forms, especially behind the wheel. With a plug-in hybrid SUV, there are two competing urges. Sometimes, the move is to put it in sport mode and scream down the highway to take full advantage of the hybrid powertrain. In the case of the Lincoln Aviator, the urge was to ignore the engine altogether, instead relying on electrons rather than hydrocarbons for propulsion. To Lincoln's credit, the Aviator made that an easy choice.

In revamping its SUV lineup, Lincoln has gone hard for big grilles and classic styling, both of which the Aviator has. It sports classic SUV contours, but the slope of the windshield and the tapering top, paired with the Aviator nameplate on the front quarter panels, give it a light art deco vibe. The mid-size, three-row Aviator plugs into Lincoln's lineup between the full-size Navigator and the compact Nautilus .

Unfortunately the Aviator's comfortable interior doesn't show the same level of design elegance. The materials all feel high-quality—there are scads of leather and wood trim—but it's busy. A massive center console makes what should be a spacious front row feel slightly cramped. But the seats are excellent, and both front row occupants can sink into the Aviator's 30-way (!) adjustable seats. The second-row captain’s chairs are roomy and comfortable, but the third row is difficult to get into and is best suited for kids. 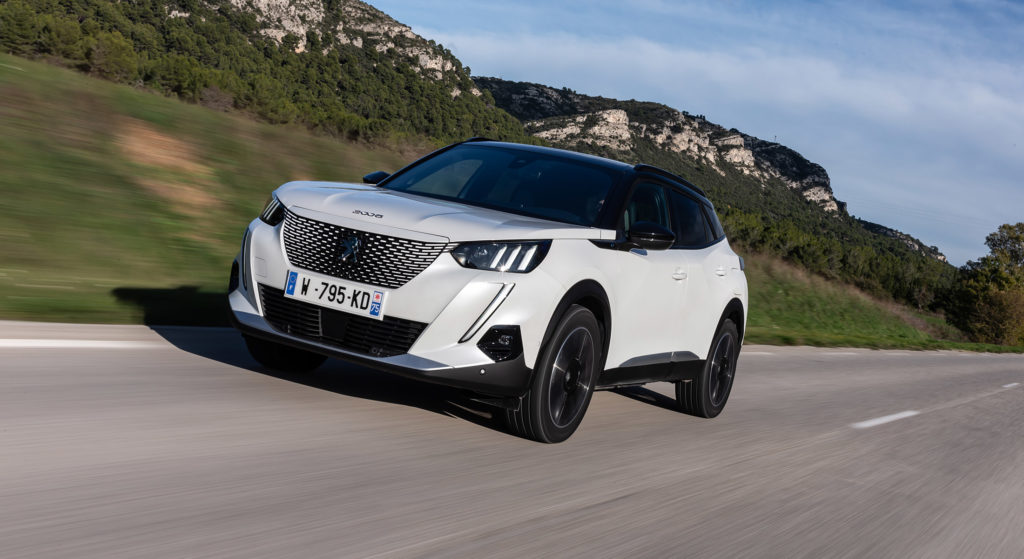 You may have noticed that it's difficult to get a hold of new high-end graphics cards and game consoles these days. In large part, that's due to an ongoing global shortage affecting semiconductor foundries. As it turns out, the problem is even more pronounced in the auto industry. In fact, it's getting so bad that a number of OEMs, including Ford and General Motors, have had to go as far as idling shifts and even entire factories.

Ford had to stop production in Kentucky in December of 2020, and in January, it ordered a month-long pause at a German factory. Stellantis (the new company formed by a merger between Fiat Chrysler and Peugeot) reduced output at factories in the US, Mexico, and Canada around the same time. As did Audi, which had to idle 10,000 employees in Germany, CEO Markus Duesmann telling the Financial Times that the problem involved "a very long chain with different supply levels on the components that we are short." Subaru's Gunma factory in Japan has been affected. Production of Toyota's Texas-produced Tundra has, too.

This week, more hits keep coming. Mazda just announced it might have to cut output by 34,000 units this year due to a lack of chips. Nissan's truck factory in Mississippi has reduced its hours . And on Wednesday, GM said it will halt production at factories in Kansas, Canada, Mexico, and South Korea. In many cases, the automakers are trying to prioritize their more in-demand products, but as some of those closures show, that isn't always possible. 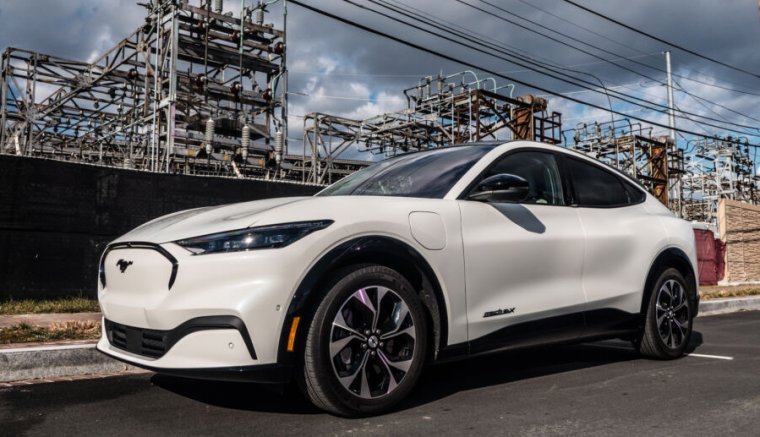 Enlarge / Yes, I am aware that photographing an electric car in front of an electricity power station is a cliché. Sorry. (credit: Jonathan Gitlin)

I wasn't expecting the Ford Mustang Mach-E to draw quite as much attention as it did. Over the past few months, I've driven some wild-looking cars, but more people pulled out their camera phones to capture the Mach-E drive pass than they did for the McLaren GT . When stopped in traffic, the Mach-E garnered more curious questions—from other drivers, as well as pedestrians—than did the Polaris Slingshot . Ford's new battery electric vehicle definitely has mindshare, no doubt helped by the fact that over a year has passed since the production version was first unveiled to the public in November 2019 .

I don't think I'm being hyperbolic when I say the Mach-E might be the most important new car of the year. The ubiquity of Ford dealerships makes the Mach-E accessible to people in parts of the country where brands like Tesla or Polestar have yet to reach (although, like its startup rivals, the Mach-E is configured and ordered online, not bought from a forecourt). The influence of Tesla is evident in more than just the sales process, too; the Mach-E's minimalist interior is almost button-free and dominated by a large touchscreen. But the vehicle still offers the familiarity of the Mustang name and some of the sports car's design cues to go with it, like the distinctive triple-barred tail lights.

Not everyone is on board with the Mach-E being called a Mustang. Car people in particular are unhappy that the long and storied name has been attached to a five-door crossover, not a two-door coupe. But Ford wants to sell the Mach-E to the mainstream, and the car-buying public at large wants crossovers, so here we are. Personally, I'm more upset that, over in Europe, Ford chose to resurrect the Puma as a crossover—I offer this anecdote only to show that, to normal people, we sound a bit obsessed when we complain about stuff like this. (Also, the fact is that plenty of Mustangs have been unexciting cars, as anyone who ever rented a V6-powered one in the mid-2000s will attest.) 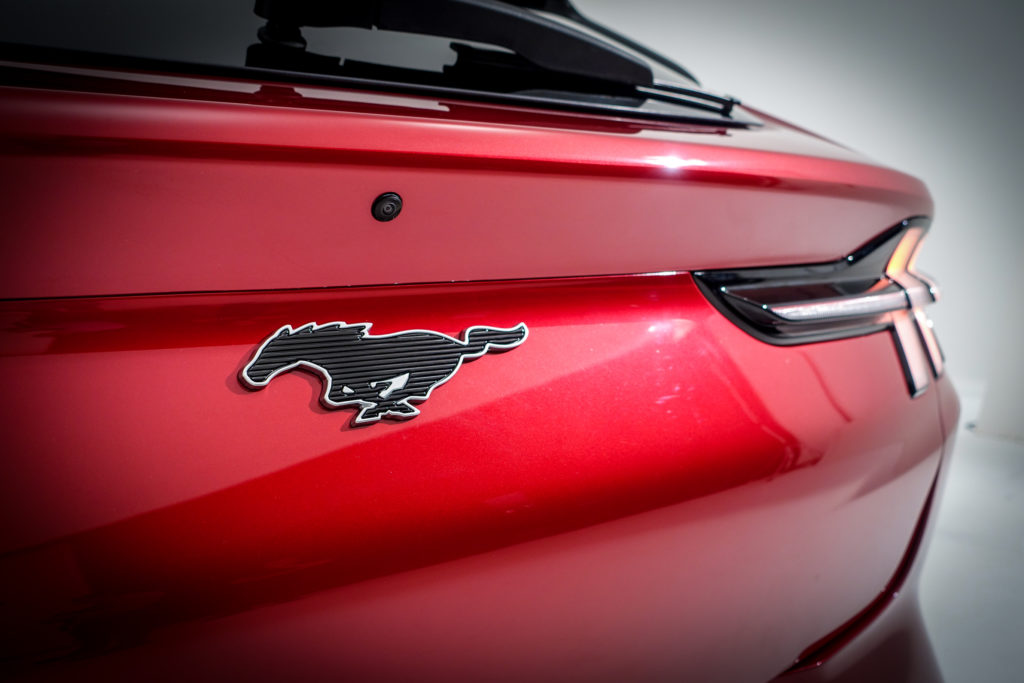 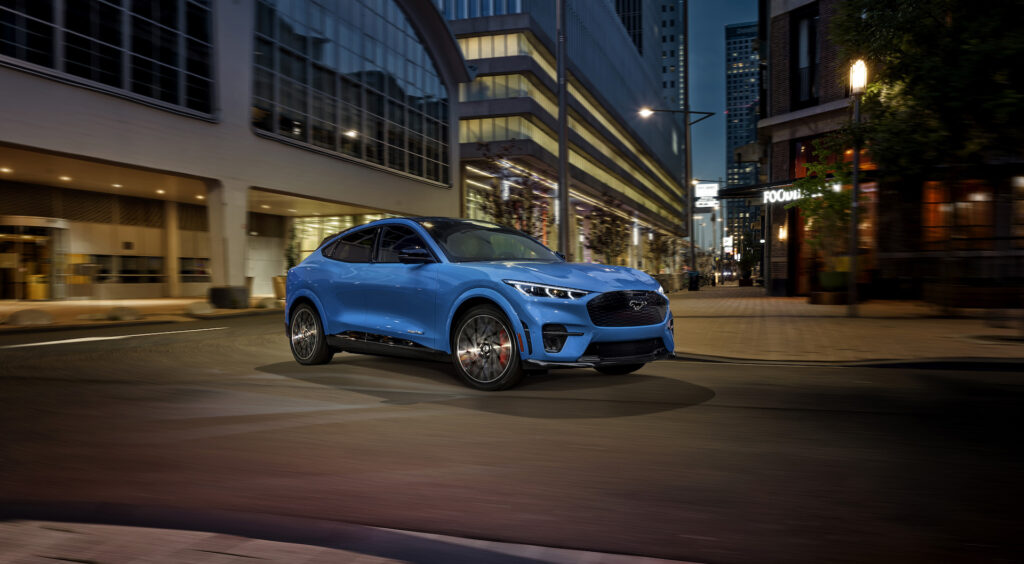 On Tuesday, five automakers signed agreements with California's Air Resources Board to implement cleaner emissions standards over the next few years. BMW , Ford , Honda , Volkswagen Group , and Volvo will reduce vehicle emissions between model years 2021 and 2026.

Unlike Europe's rules, which fine automakers if they exceed a blanket fleet average for the amount of CO 2 emitted per km, CARB has different targets for cars and light trucks based on their relative footprint. But each of the five OEMs has agreed to cut the amount of CO 2 its vehicles produce per mile by about 17 percent by MY2026. The new agreement is broadly similar to one announced last year , although with a revised timeline that now runs through 2026.

Specifically, CO 2 emissions from small cars would drop from 157g/mile in 2021 to 130g/mile in 2026, large cars from 215g/mile to 178g/mile, small light trucks from 195g/mile to 162g/mile, and large light trucks from 335g/mile to 278g/mile, with a formula to adjust vehicles that fall in between the small and large footprint areas. For context, the EU's new fleet-wide average, which came into effect in 2020, heavily fines any automaker whose fleet average exceeds 152g/mile (95g/km).

With no car launches to work on thanks to COVID-19, some automakers' press offices are filling the gap by digging into the archives to share interesting stuff with the rest of us. On Thursday, Volkswagen North America reached out to tell us about the company's most aerodynamic car ever. It was called the Aerodynamic Research Volkswagen, and it was built in 1980 as a demonstration of how to make a vehicle as slippery as possible, with a drag coefficient (Cd) of just 0.15. Powered by a 177hp (132kW) 2.4L inline-six cylinder engine, the ARVW reached a speed of 225mph (362km/h) at the Nardo test track in southern Italy. But the ARVW isn't the lowest-drag vehicle ever built, just the lowest-drag VW. So what is the most aerodynamic car of all time?

When Tesla revealed its Model 3 sedan a few years ago, it was justifiably proud of the car's Cd of 0.23, which bettered the Models S and X by 0.01. Tesla didn't optimize the Model 3's aerodynamics just for bragging rights. The lower a car's drag, the further it can go per unit of energy because it doesn't have to work as hard to push its way through the air. However, a Model 3 is only this slippery through the air when the car's 18-inch wheels are fitted with the aero wheel covers, something Car and Driver put to the test late last year . (If you're a Model 3 owner and into hypermiling, you can cut your car's drag—and thereby boost its range—even further by fitting aftermarket front- and rear spoilers .)

But the Model 3 isn't the lowest-drag car to have gone into production. Porsche's Taycan battery EV bested Tesla's best when it went on sale last year. Both the Taycan Turbo and Taycan 4S manage a Cd of 0.22, although again, only with the most aerodynamic wheels fitted. The Taycan Turbo S uses a different design and in the wind tunnel, that adds 0.03 to the Cd.